Are you confused about what constitutes a healthy diet? Bewildered by all the claims out there about how we should eat? Concerned that your children aren’t getting the nourishment they need?

Indeed, most people are confused, and no wonder, given the many conflicting assertions about the kind of diet that will confer good health. Shall we embrace skinless chicken breasts and skim milk? Make smoothies with protein powders and raw kale? Can we thrive on “fortified” breakfast cereals and peanut butter sandwiches? Should we go gluten- and casein-free?

One influential researcher found an insightful way to understand what diets support vibrant health—by studying people who enjoyed vibrant health. He was a Cleveland dentist named Weston A. Price. He was a man who asked probing questions, and the main question he kept asking himself was “Why are my patients so sick?” Almost every new patient he examined had teeth riddled with infection and decay; many had “dental deformities,” the phrase Price used to describe crowded and crooked teeth.

Price observed a correlation between dental health and overall health. The rare patient with excellent dental health—wide dental palate, straight even teeth, and freedom from decay—was blessed with good overall health, while those with cavities and crooked teeth suffered from a range of modern diseases, including growth problems, fatigue, infertility, and one or more of the many chronic diseases that were common in Price’s day, from tuberculosis to kidney problems to cancer. Indeed, Price shared the view of many of his contemporaries that the health of the mouth mirrors the overall health of the body.

Price practiced dentistry between 1920 and the early 1940s, during a time when the world was opening up. Modern transportation methods and a new invention called the camera allowed explorers and anthropologists to document the lives of isolated, so-called primitive peoples. Indeed, one of Price’s nephews worked for the National Geographic Magazine, so dinner table conversation in the Price household often included firsthand reports of native peoples from remote regions—from the Alaskan hinterlands to the Amazonian jungles.

The most common and striking observation Price’s nephew had on encountering an isolated tribe: What beautiful teeth they had! Fifty years earlier, the painter George Catilin described Native American teeth “as regular as the keys of a piano; and without decay or aches, [which] preserve their soundness and enamel, and powers of mastication.” Explorers also noted the stunning physiques, calm demeanor, and overall good health of native peoples and the ease of childbirth among the women.

On hearing these reports, Price couldn’t rest in Cleveland; he had to find out for himself. Was it true? Was it true that people isolated from the West enjoyed perfect dental health and, by inference, perfect overall health? And if it were true, what were these people eating?

So, beginning in 1931, he embarked on a series of investigations that took him to many remote parts of the globe. The descriptions of his findings, including details about native diets along with his revealing photographs, first appeared in peer-reviewed dental journals and then were published collectively in his book “Nutrition and Physical Degeneration,” which has enjoyed a lasting influence since its appearance in 1939 right up to the present day.

In a sense, Price was a predecessor to the blue zone researchers of more recent times. But unlike those researchers, Price didn’t look at longevity, a factor that wasn’t easily evaluated at that time in research. He looked at apparent health and vitality, and one of the most obvious ways to do this was to look at people’s teeth.

Price gathered his observations from remote villages in the Swiss Alps; windswept islands in the Outer Hebrides; the Alaskan wilderness; Native American communities in Northwest Canada and Florida; South American villages in the Andes and the Amazon; the South Seas, including New Zealand and Australia; and the interior of Africa.

In all, he found 14 groups that enjoyed excellent dental health—naturally straight teeth and freedom from cavities—and excellent overall health—freedom from disease along with ease of reproduction and childbirth. These communities had many elders, living long and productive lives, and death of children was rare.

Today, more than 17 percent of American children suffer from some kind of disability while allergies, asthma, digestive disorders, and other ailments make life miserable for many more. Writing in the journal Bioscience, researchers point out what they call an “epidemic of narrow jaws” requiring expensive orthodontics to achieve the attractive appearance that young people naturally desire. Chronic disease in adults, disease linked to factors such as diet and lifestyle, has recently led to a decline in lifespan.

Why does Price’s research matter? First and foremost because he demonstrated that good health, high energy, and attractive appearance is the norm for human beings.

Price demonstrated the role of nutrition in supporting optimal health from birth through old age.

A Variety of Healthy Diets

Because Price studied healthy populations throughout the world—from the Arctic to the tropics—he naturally encountered great variety in traditional diets. The natives of Alaska and northwestern Canada lived mostly on animal products—game and fish—while yams, seafood, and pork nourished the South Sea islanders. The Australian Aborigines consumed every type of food imaginable: kangaroo, birds, insects, grains, legumes and a vast selection of nuts, fruits, and vegetables. Isolated Swiss villagers derived a large portion of their calories from dairy foods: milk, cream, butter, and cheese, along with rye bread and meat; Gallic inhabitants in the Outer Hebrides were equally healthy on a limited diet of seafood and oats. Many African diets contained milk from cattle and goats, plus meat, fish, grains, insects, and a variety of plant foods. South American diets were equally varied—from Guinea pig, grains, and dried fish eggs in the high Andes, to fish, small animals, and tropical fruit in the Amazon basin.

Noting the variety in traditional diets described in Price’s book “Nutrition and Physical Degeneration,” many commentators just throw up their hands and exclaim, “There’s no such thing as a healthy diet!” That’s the wrong conclusion to make. The correct conclusion is this: There are many varieties of healthy diets. All of these diets supported superb health, including freedom from tooth decay, excellent facial structure and physical form, absence of disease, and ease of reproduction and childbirth.

The fact is that while all these diets differed in their particulars, they shared several commonalities. The first is that none of these diets contained any processed or devitalized food, what Price called “the displacing foods of modern commerce.” These “displacing foods” contained “none of the body-building factors,” as Price put it, and worse, pushed out the native foods that had nourished people for generations. Calories from sugar and white flour replaced those from animal foods and whole grains; canned condensed milk replaced raw whole milk from pastured animals; vegetable oils replaced animal fats; refined salt replaced mineral-rich native salt; and devitalized canned foods replaced fresh vegetables and fruit.

As soon as processed foods entered the food supply of a tribe or village, tooth decay appeared, causing great suffering, as there were no dentists to treat the pain of decay. The happy, optimistic Alaskan peoples, for example, became prone to suicide, and many claimed this desperate act was to escape the pain of tooth decay. The next generation on processed food had more narrow faces, with crowded and crooked teeth. They became prone to diseases like tuberculosis and cancer, while childbirth became painful and life-threatening. Overall, the second generation on processed food was less robust, had compromised eyesight and hearing, and reduced fertility.

The second major characteristic of healthy traditional diets was the inclusion of animal foods; Price didn’t find any traditional peoples following a vegan or vegetarian diet. Some have called this “Price’s greatest disappointment.” He hoped to demonstrate good health from a diet with few or no animal foods, but had to admit that all healthy populations consumed animal foods—often obtained at great risk. All the “sacred” foods—foods considered important for having healthy children—were animal foods. Even populations that had herds to supply milk still included meat in their diets. Meat and organ meats, fish, shellfish and fish eggs, birds of every sort and their eggs, even reptiles and insects—all served as nourishment for healthy traditional peoples.

Some commentators have interpreted Price’s findings as follows: avoid sugar and white flour, and include animal foods in the diet—that’s all you need to know about a healthy diet.

That’s taking a simplistic view and ignoring the all-important principle of nutrient density. Price sent many samples of native foods back to his laboratory in Cleveland for analysis. He discovered that traditional diets—diets supporting superbly healthy people—contained at least four times more minerals than the typical American diet of his day. Levels of calcium, iron, phosphorus, calcium, magnesium, iodine, and boron tended to be much higher in native diets. Moreover, these diets contained at least 10 times more of the fat-soluble vitamins compared to the American diet of his day—vitamins A, D, and K2—found exclusively in animal foods and fats, such as butter, pork fat, poultry fat, egg yolks, organ meats, shellfish and fish eggs. Many Americans believe that the road to good health involves avoiding rich and satisfying foods like these; in fact, to achieve good health we should include these types of foods in our diet as often as possible.

A healthy diet isn’t so much a diet that avoids this or that traditional food, or that involves arbitrary rules like food combining, but one that includes nutrient-dense foods grown and prepared to ensure maximum assimilation. The good news is that when we eat a rich and satisfying diet that supplies the body with all the nutrients it requires, cravings for devitalized processed food gradually disappear.

We’ll talk more about how to achieve a nutrient-dense diet in upcoming columns.

5 Life Expectancy in the U.S. Dropped for the Second Year in a Row in 2021. CDC Press Release. 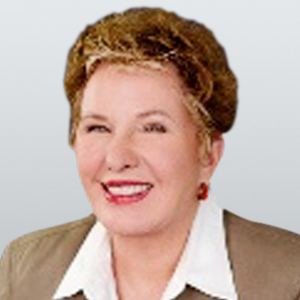 Sally Fallon Morell is the founding president of The Weston A. Price Foundation and founder of A Campaign for Real Milk. She is the author of the bestselling cookbook Nourishing Traditions and of many other books on diet and health.