Exiled Ugandan human rights activist and poet Stella Nyanzi has thrown jabs at dentists back in her home country.

The controversial author shared several photos of her daughter in a dental clinic having one of her teeth filled.

She indicated that the young girl started her staggered dental treatment plan which includes cleaning, killing inflammation in the root canal, and filling.

Exile has its blessings 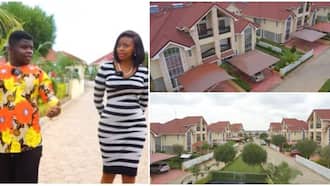 Woman Shares Story Of How She Dropped Out Of School and Started Her Real Estate Business, Has Built 200 Homes

Nyanzi compared dental services home and abroad, maintaining that the foreigners have better approaches to the same.

According to her, dentists in Uganda have a tendency to pull out every tooth with a cavity, something she does not agree with.

That explains why she was glad when the dentist asked what she preferred rather than being quick to propose extraction.

“When I asked him what he would advise, he advised us to save her teeth, given that she is still in her teens. And so, we are saving her teeth,” she wrote.

In Nyanzi’s opinion, “exile is good for some things” because she is able to access excellent medical treatment by medical experts who would be out of reach back home.

Nyanzi doesn’t just have a problem with dentists in Africa, she also recently had a run-in with a car hire company while on holiday in Kenya. 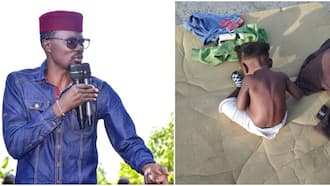 According to the author, a con artist switched off the car she has hired to use from Nairobi to Mombasa after she paid KSh 19,600.

She disclosed that the car hire man, only identified as David, demanded upfront payment but allegedly switched off the car immediately it got to Makindu.

When she sought help from the local mechanics, Nyanzi was informed that the car had been switched off using the tracking device.