Booking photos of Nelson Chia, 73, and Hasheem Bason, 35, who are being held in the killing of Chia’s longtime girlfriend, dentist Lili Xu, in Little Saigon.

OAKLAND, Calif. – The elderly boyfriend who was arrested for his involvement in the murder-for-hire of his longtime girlfriend, Dr. Lili Xu, was set to receive at least $1 million after she died, according to Alameda County prosecutors.

Nelson Chia, 73, was arrested on Oct. 28 for allegedly planning the killing of Xu, 60, his girlfriend of about a decade and a beloved dentist in Oakland.  Hours after he was arrested, Chia died by suicide while in custody at Santa Rita Jail.

Prosecutors believed Chia had Xu killed by a hitman for financial gain, according to documents that outlined their arguments Monday.

But the alleged gunman, Hasheem Bason, is the sole defendant being charged, as Chia is now dead.

Bason, 33, of Stockton is set to be arraigned Tuesday morning. It’s unclear how he knew Chia or if he has an attorney representing him.

KTVU reached out to several of his family and friends and has not heard back.

Chia told investigators that Xu had between $12 and $14 million dollars in property and assets from life insurance policies, trusts, LLC’s real property and accounts.

Officials say Chia said he was a trustee and would immediately receive $1 million if Xu died.

“Further communications after the murder between Chia and Bason demonstrate that Chia conspired with Bason to murder Xu for financial gain,” Oakland police Detective Yun Zhou wrote in court records. He also wrote: “Chia agreed to provide Bason with a significant amount of money for murdering Xu. Chia and Bason planned the day, time and place of the murder. Bason acquired a vehicle, recruited a driver, and waited to ambush Xu a block from the location of the appointment. Chia drove Xu to the agreed upon location.”

Investigators say surveillance video from August shows that Chia was with Xu, driving their Lexus sedan, when she was gunned down around 2:30 p.m. on Aug. 21, on the 1000 block of 5th Avenue in Oakland’s Little Saigon neighborhood. Xu was headed to a massage appointment and was shot as she stepped out of the car,

Within seconds of her arrival, a white Lexus pulls up alongside them, and Bason got out of the passenger side of the car and then shot Xu, prosecutors allege.

Then screams and three gunshots can be heard.

Xu died shortly afterward. For weeks, the community believed that this was an act of anti-Asian hate or an attempted robbery gone bad.

Instead, prosecutors are now saying that this death was personal and targeted.

Many questions remain, however, including how Chia and Bason first met and began plotting Xu’s death as early as July, according to cell phone records between the two.

Bason was also identified as the suspected shooter from DNA off a bullet cartridge and from the trunk of the Lexus, police said. He allegedly held onto the murder weapon, and it was seized during a search of his home in Stockton.

Police also allege that Chia was given a picture of Bason during a photo lineup but the older man lied, saying he didn’t recognize anyone.

Xu’s death drew hundreds to a vigil, where community members remembered her as a wonderful dentist and avid ballet dancer at the East Bay Shi Ballet School.

She and Chia had been romantically involved for 10 years and lived together in the Oakland hills. 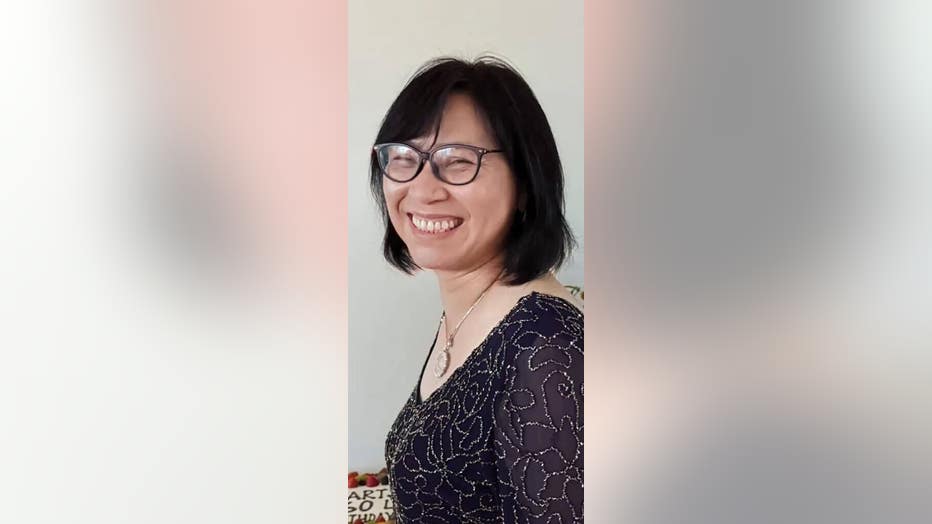 A community leader identified the woman killed during a robbery attempt in Oakland as Dr. Lili Xu, 60. Xu was a dentist who had offices in Chinatown and Castro Valley.