While Johnathan Chew’s classmates were bent over teeth and cavity fillings, the third-year dental student was toiling away in the kitchen handling a different kind of filling.

The self-taught chef is a contestant in the third — and latest — season of MasterChef Singapore, a spin-off of the popular British reality television show.

When AsiaOne catches up with Johnathan virtually, the National University of Singapore student is dressed in medical scrubs — with filming done and dusted, he’s back in school, and had to take the call while on a break.

Thanks to his hectic schedule, the 23-year-old had put off the idea of participating in MasterChef Singapore for years despite being an avid fan since secondary school. However, he eventually caved and decided to apply for the show’s third season.

In fact, he was so determined to participate in the show, which was filmed last year, that he even took a leave of absence (LOA) from school for an entire term.

He made fine-dining affordable for himself

The foodie’s Instagram is peppered with his creations that wouldn’t look out of place in a fine-dining restaurant. But growing up, he says he never really had fancy meals due to due to his financial background.

“In our generation, social media is such a prevalent thing and you can see all these nice looking dishes from Michelin-star restaurants and I just wished I could try it. But, then I realised that it was quite unattainable,” he confesses.

However, instead of just admiring these foods from afar, Johnathan decided to recreate the dishes at home instead with some help from the internet.

This turned out to be a blessing in disguise as it gave him the chance to experiment and hone his cooking skills, which eventually led him to where he is today as a MasterChef Singapore contestant.

But such lavish dishes aren’t his only source of inspiration in the kitchen. Johnathan shares that a significant influence in his cooking journey is his beloved grandmother, who previously was a hawker.

“From a very young age, she has always been cooking a lot for me, because I grew up living with her,” he explains.

He used to be bullied for his weight

While Johnathan adores his food, you’d never have guessed from his trim physique that he used to be on the chubbier side when he was a child.

Unfortunately, the people around him weren’t too kind about it.

“I’ve always loved food and that love for food made me overweight. Then, I got bullied,” he reveals.

One instance that happened during his primary school days involved a teacher remarking that he had “gained a lot of weight over the holidays”.

“I feel like as a teacher, you shouldn’t say that to a kid,” he points out.

Teachers weren’t the only ones treating him differently because of his weight. He faced jabs from his peers as well.

“When I was in Primary 4, a group of them were taking a photo together and when I asked to join the photo, they told me that they couldn’t because I was fat,” he recounts.

And while he has since shed the weight, he admits that the trauma hasn’t completely gone away.

“If you ever grew up getting bullied or with low self-esteem, it stays with you, even if you grow out of it. It’s still there and it shapes who you are,” he tells us solemnly.

However, he adds that he hasn’t let this impact his love for food and cooking.

The dish that nearly brought judge Bjorn Shen to tears

While Johnathan has grown plenty since his primary school days, he admits that he still struggles with his self-esteem at times, including during his MasterChef stint.

“I felt like I wasn’t good enough,” he confesses.

To add to that, he is one of the youngest contestants this season.

“At first, I thought the others were so much better than me because they have so much more experience.”

In fact, he admits that had so little faith in himself that he was initially satisfied with just getting onto the show in the first place. However, he slowly became more confident in his abilities and realised that he actually was more capable than he thought he was.

“As the competition progressed, I really, really felt like I really wanted to win this and there was a shift in the way I thought,” he says.

It also helps that he’s been doing pretty well from what we’ve seen on TV so far.

In the second episode, Johnathan’s spiced masala raspberry pound cake helped him clinch a challenge win, and one of the judges, chef and restaurant owner Bjorn Shen, even added he was so impressed with the dish that it left him “almost tearing”.

“This [dessert] shakes me to the core because of how good this is,” Bjorn had exclaimed.

“I was super proud of it because I was the only one who made dessert and it was the winning dish. I think it was also from then on that I actually thought that wow, I can actually stand out in this competition,” Johnathan beams as he recalls the moment.

Dentist, chef or both?

Coming on the show was already a huge sacrifice on Johnathan’s part — to make his appearance on the show possible, he had to take an LOA.

“My school was very nice to make a lot of alternative arrangements for all the crazy amount of exams,” he tells us gratefully.

But now that he’s back in dental school, his next challenge is to juggle his passion for cooking as well as his studies.

He’s determined to pursue both for now, cooking on the weekends when he has more free time. He also hasn’t ruled out going into private dining or holding baking workshops.

“I’m still deciding what is more aligned with what I want to do,” he explains. 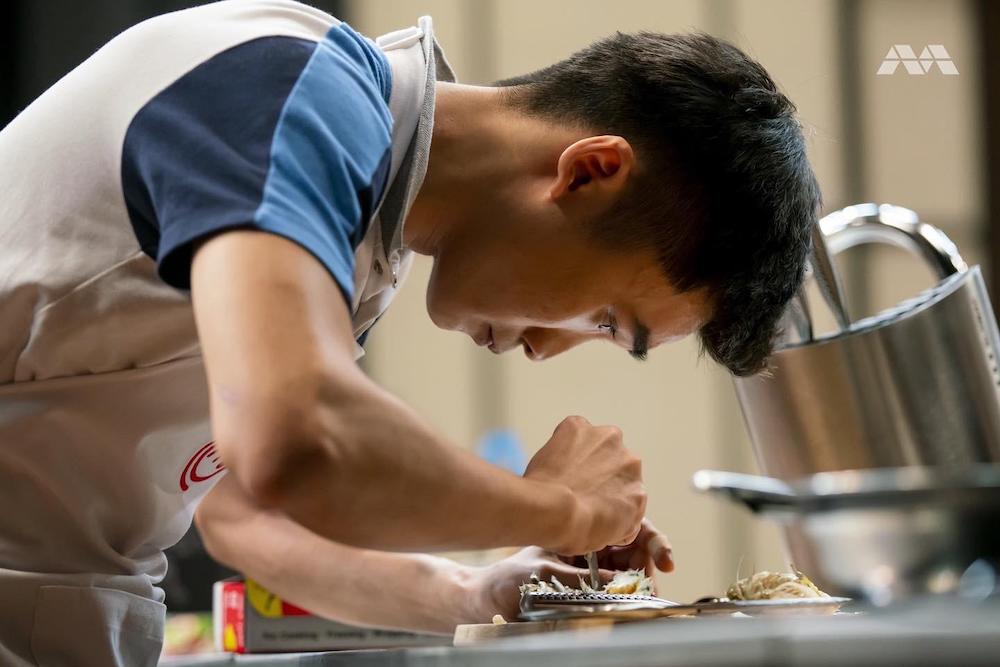 One thing that’s definitely on his to-do list if he wins MasterChef, though, is to expand his small home-based business, Thebatteredboy, he says.

He currently only hosts occasional bake sales, but he is hoping that he can eventually ramp up the business and run it with his newly unemployed mum.

As for what’s in store for him after graduation, Johnathan says things are still up in the air.

“At 23, it’s very hard to know what I definitely want, but I feel like it’s great to have different doors open and different paths to choose from.”

And while he has done well for himself on MasterChef so far, Johnathan remains humble and realistic when it comes to his culinary ambitions.

“One thing that MasterChef taught me is that being an actual professional chef is insanely difficult. There’s so much stuff that the people in this industry sacrifice and I have so much respect for that,” he tells us.

“So, I don’t want to just say stuff like ‘I want to be a chef’ because I feel like it carries a lot of weight.

“I don’t want to say stuff like that lightly.”