A new era has dawned for dentistry in Nenagh with the coming together of one of the town’s most trusted and region’s best-known practices to create the largest dental group in the Mid-West, Bowe Dental Clinic.

After four decades of exemplary service, Nenagh’s favourite dental partnership of Dr James Dodd and Dr Michael Ryan has handed the baton to a returning son of the town, Dr Robert Bowe, founder and lead dentist of a practice with clinics in both Limerick City and Foynes on the Shannon Estuary.

While the move will ensure the expertise, standards and trust long since built up at the Wesley Place, Cudville practice over the decades are retained, it also heralds a new era for dentistry in Nenagh, with Bowe Dental set to deliver an unrivalled treatment range. New services include composite bonding, Invisalign, Implants and ‘All On 4’ (Teeth in a Day).

A new online booking system has also been introduced for those who want to take that route for appointments and book a time and date that suits them.

For Dr Bowe, putting the family name over the door in Nenagh is a particularly proud moment, with the popular dentist returning to the town that shaped his formative years when he lived and went to school as a young boy while his father worked in the Bank of Ireland.

The move, including the new additional services, sees Dr Michael Ryan and nurses, Elaine, Mary and Caroline continue as part of the team, while Dr James Dodd, after 41 years of sterling service, takes on what he promises will be a busy retirement.

The staff, however, will also be bolstered by new dentists, with Mayo native Dr Maria Hughes and Dr Sarah Folk joining the team.

“I’m personally thrilled to be coming back to Nenagh all these years later. I spent my early years here and have always had such a fondness for the town. It’s a special place with a special welcome. More than anything, however, what drew me was the practice that James and Michael have built here. It’s a wonderful, tried, and trusted practice where it’s always been about the patient.

From talking to locals, it’s fair to say that when James and Michael came here all those years ago, they set a new standard and maintained it. We want to do exactly the same, picking up from what they have built.”

“I’ve lots of emotions but plenty of comfort, too, as I move into this new phase of my life. I’ve had a great career. I’m 41 years in Nenagh, and I’m delighted that my patients are going to be looked after by a really talented team. Robert, Maria, Sarah and their team here bring the same values to their work that we do. The expertise is at a very high level, but they also bring that sense of care.” 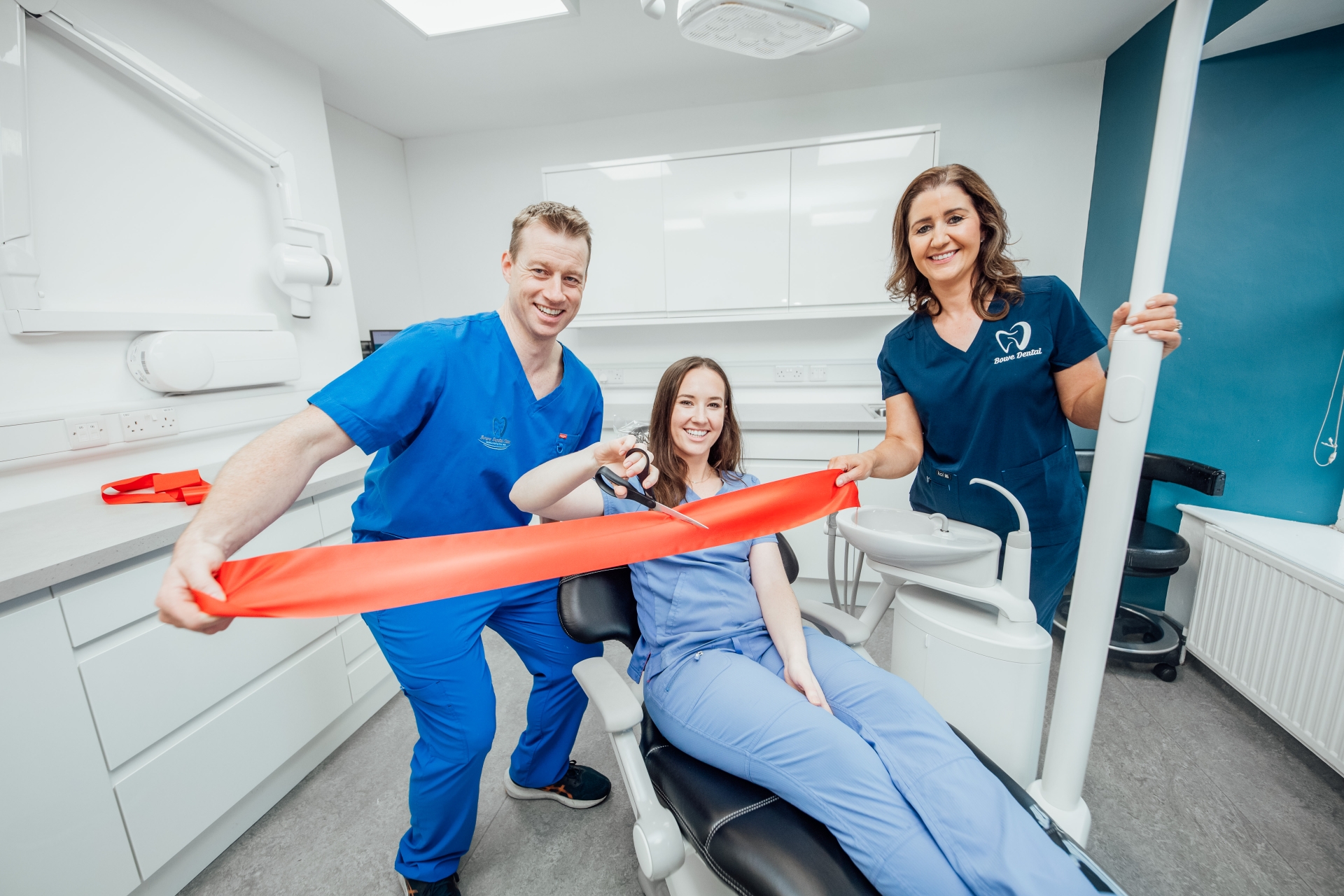 “I started with Bowe Dental four years ago, and I’ve loved every minute of it, particularly because of the ethos we have here.

It’s about the patient experience. Seeing the standard of care that Michael and James have shown to their patients throughout the years has really motivated me to continue that standard. Ultimately, it’s all about the smile, and we’re here to make that better.”